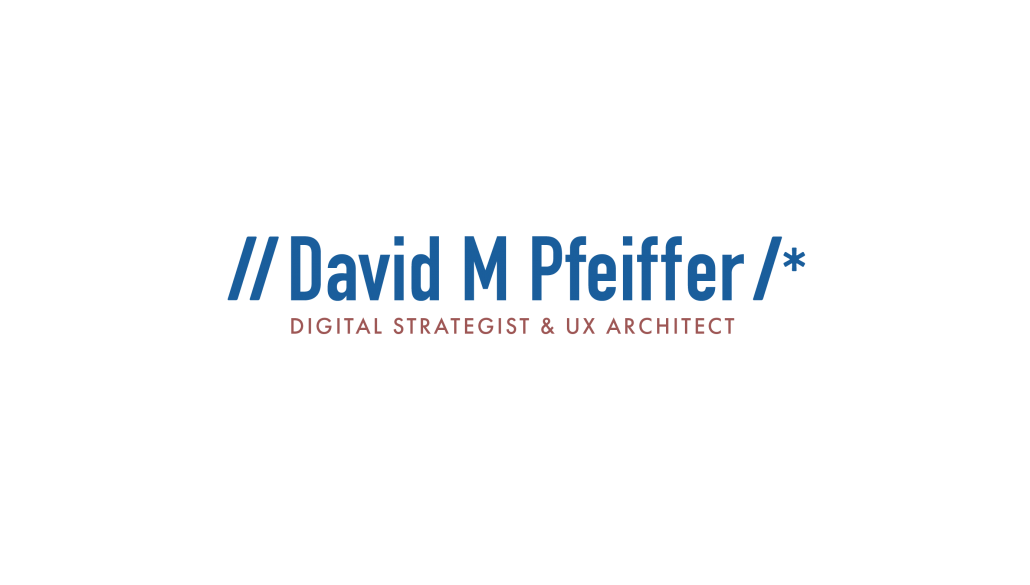 Read this article to raise your social status

Most people want higher status, even if they don’t know why. But obtaining it is easier said than done. So, why is it so hard to gain status? Most likely you are the one that is holding yourself back from increasing your status without even knowing it.

By status, I don’t mean symbols of wealth like your watch or handbag. Rather “status is social prestige (1) .”

It’s your social mindset — the way you behave in social situations to accommodate the status of the people you are interacting with.

Our brain is wired to seek out status hierarchies. Then our behaviors fall into line with our social mindset.

Some people don’t like to talk about status. They feel that only conceited, narcissistic people think about it. But it is a key element of almost every social interaction we have.

Status is not Power

If you want the status to “lord” it over others or inflict pain, then you don’t want status, you want power, “the asymmetrical control over people and resources.”

“Status (especially without power) makes people more just (1)” So status can be good, no matter the connotations that may be associated with it. 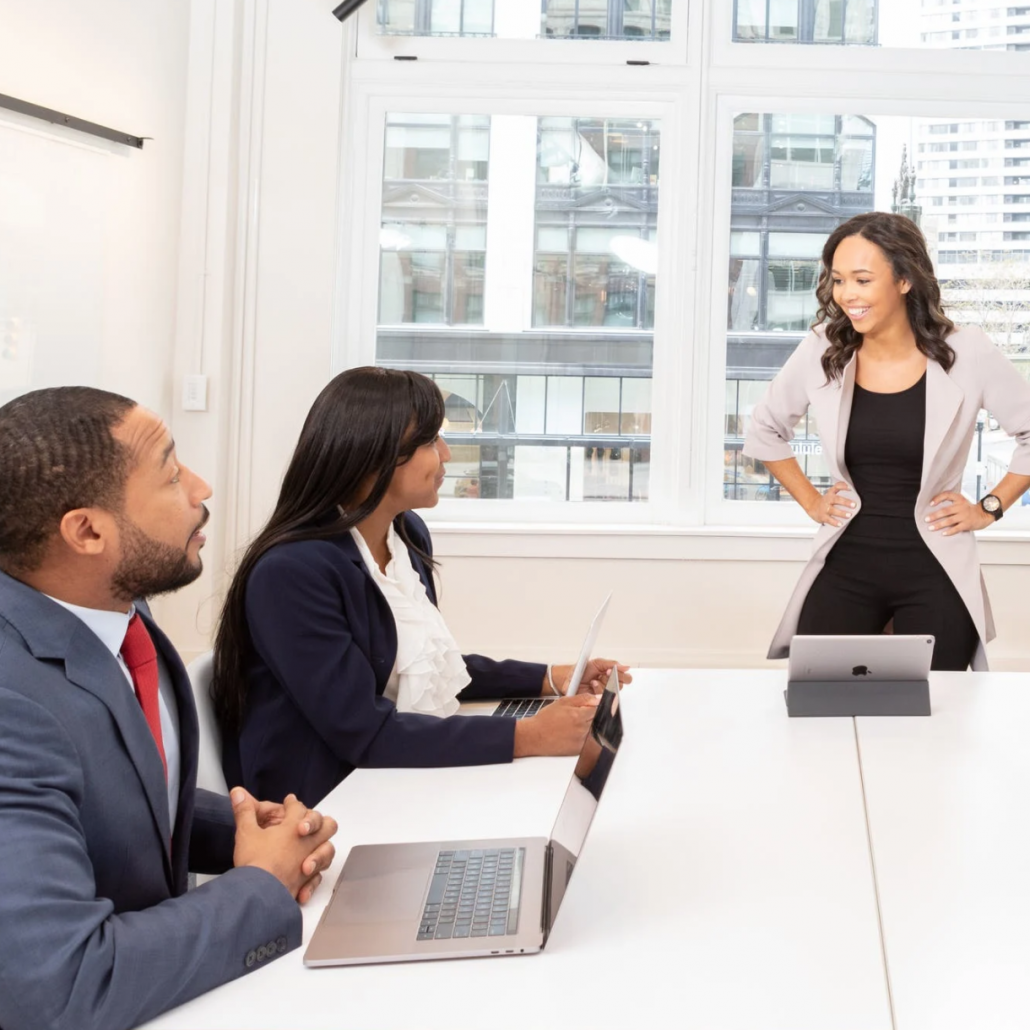 The Benefits of Higher Status 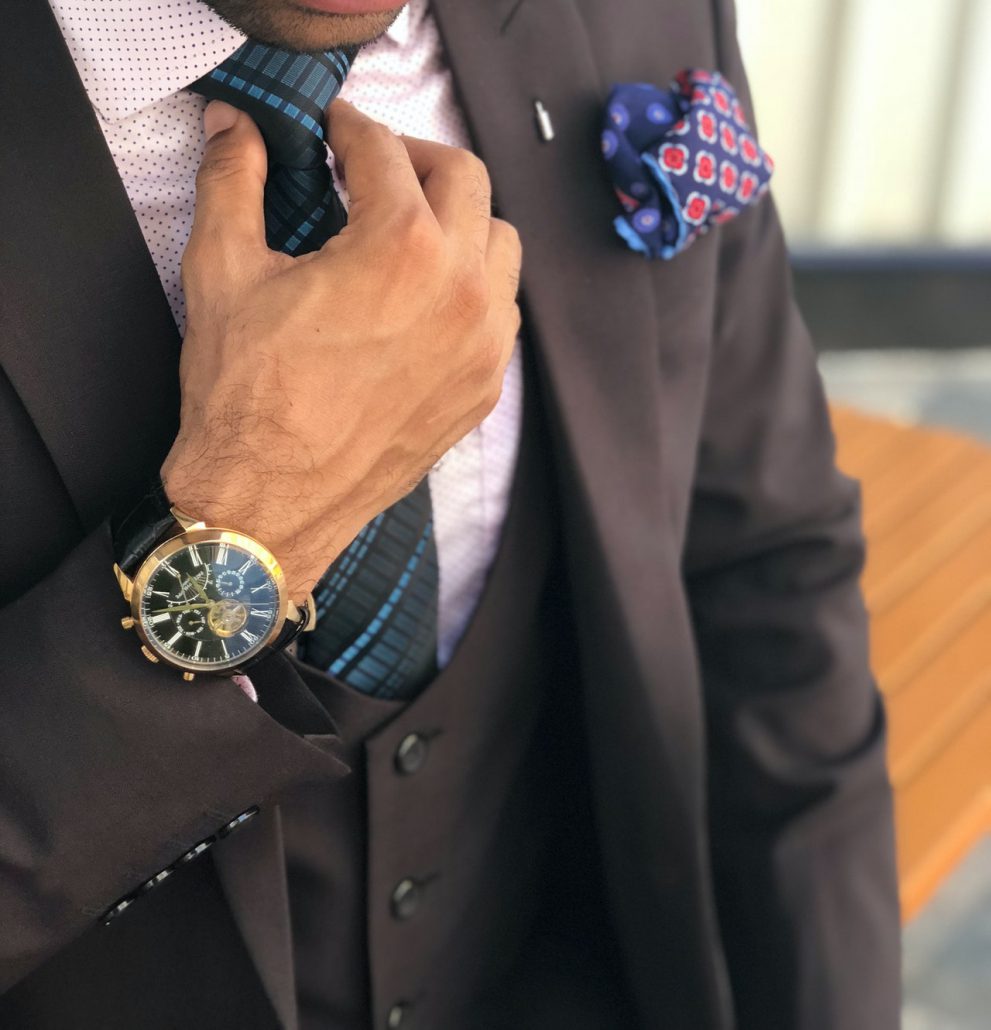 Maybe you’re happy with your status in life, that’s okay too. But since you have read this far, you probably want a higher status. But have you thought about why you want it?

Higher status can enable us to do great things with the help of others. Having a higher status will bring you opportunities as opposed to you seeking them.

Just consider the stories of high-status people, they’re always talking about how a lucky opportunity came their way. This is not luck, but the effects of status. It is in human nature to offer higher status individuals things (praise, opportunities, etc.) to align with their status.

It’s good to desire an increase in status if you have good intentions or a purpose for it. High-status people are the people we trust, follow, and believe in. This is why enduring celebrities support or create charities.

Where did my status behaviors come from?

Social status mindset is a set of learned behaviors. Most likely, you are modeling your parent’s status behaviors.

As a child you watched them interact with people of various statuses. Think about how your father or other people you admire, interacted with friends, waitstaff, or their boss. They might change their choice of words or their body language. These can be subtle things like using “sir” when addressing some people or taking a wide-body stance with others.

Think about the last Zoom meeting where you met new people. Typically the host has everyone say something about themselves.

As you start considering the idea of status, you start to see the little status “tip-offs.” These can establish the so-called “dominance hierarchy” for the group.

Once status has been assessed, each person plays their role, without even thinking about it. Some are submissive, some neutral, and others dominate.

When meeting people in-person, we look for status tip-offs in their body language and the way they talk. Who looks disinterested or attentive. Whose voice is commanding or accommodating?

Think about your last meeting with your boss and other high-status individuals. Did you find yourself saying some strange things to submit yourself to their high status?

We say so much of this automatically, I was amazed at some of the dumb things I would say in these situations. I was my own worst enemy!

I notice that, with myself, I will try and say something clever or position myself as an expert when I need to vie for a position of status. My status play is to be one of the smartest people in the room via wit, vocabulary, and accomplishments.

So how did I become aware of all this and take the steps to change? 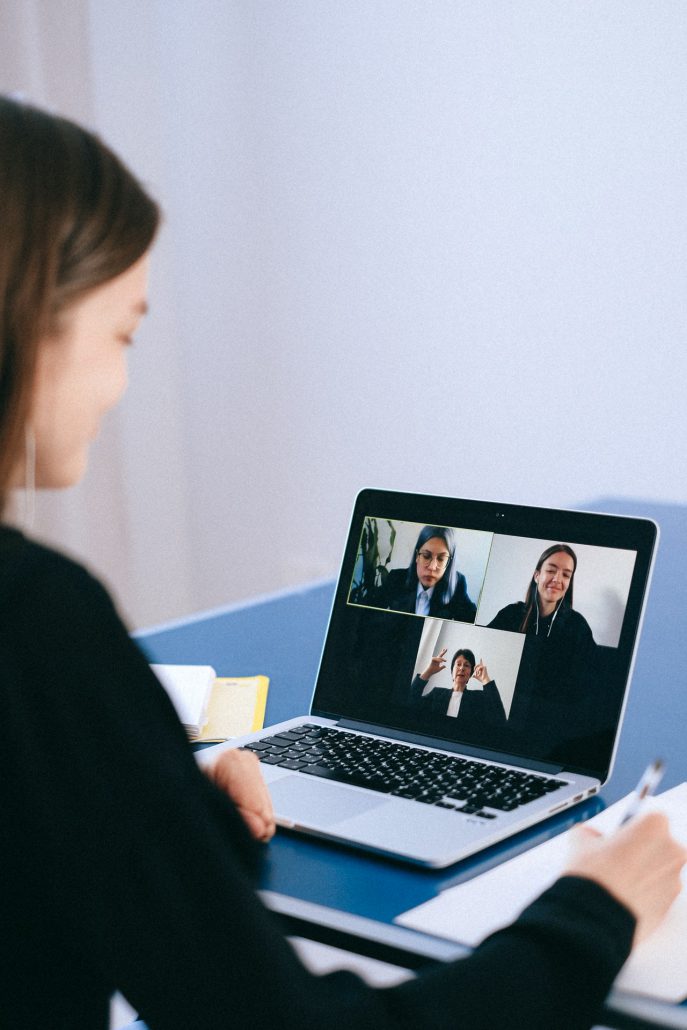 How Do I Increase my Status?

Higher social status can be achieved through the simple awareness of your own status-oriented behaviors. This, in turn, will change your social mindset.

I was reading an article from Steven James, a distinguished fiction author writing about the status of characters, namely how to assess your protagonist’s status, increase, or decrease it.

As I read about these items, I found myself thinking about a meeting I had the day before that was bugging me. I felt out of sorts, like I lost something during the call, but couldn’t put my finger on it.

After reading the James article, I realized I had lost status in the meeting by my own words. I was talking about a recommendation I was making with some C-suite executives on the call and I found myself softening my recommendation so as not to over-step my status.

The recommendation was well thought out and proven practice, so why would I add doubt to it?

I felt insecure like I didn’t have the status to put the recommendation out there without caveats.

I thought to myself — I have to stop shooting myself in the foot.

This is what I mean by awareness is the path to a higher status. Now that I know that I subjugated my status, I can recognize this and make some simple changes — like not second-guessing my own statements. As you will see below, this is what high status “characters” do as well.

That’s not to say I should be overly proud, but just less submissive.

After all, I am the protagonist in my life story, so why wouldn’t these status-reducing and status-raising methods work for me? 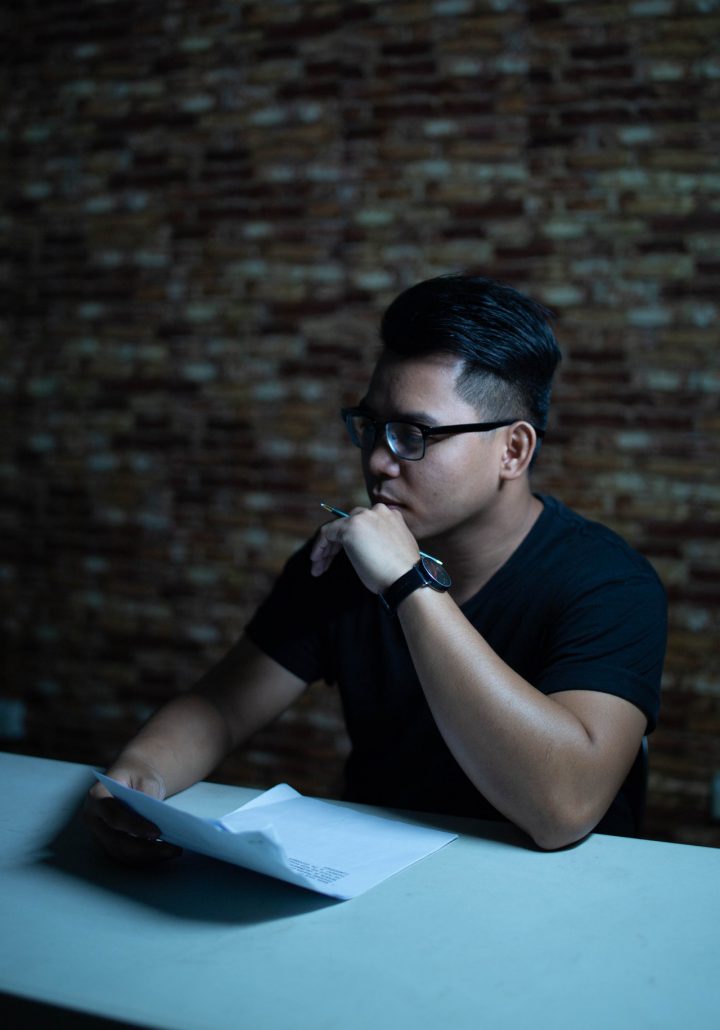 Behaviors that reduce and raise your status

As you read this list, memories will be triggered by times where your status may have been decreased. Given the way our minds are wired (negative bias), you will have to think a little harder about times where you increased your status.

For example, you might be thinking about the time you interrupted people in the meeting because you want to make sure that your point was part of the conversation? You are just trying to help, right?

While it might really be helpful, interrupting people lowers your status, instead, wait until for a better moment.

You are already on the way to changing your status by reading the words in this article.

As you contemplate the ideas in this article and consider your status transactions, and seek to eliminate status reducing behaviors, you will start to see a change.

Read the list over again to let them sink in, thinking about past behaviors, however uncomfortable it maybe — keep a growth mindset and don’t beat yourself up over your regrets.

I put the above table in my daily to-do list to remind me to consider my status behaviors.

The mere act of awareness and some contemplation will change you.

As you consider your status situation, you will not be so quick to interrupt a conversation, you will stop apologizing, you will pause before you speak, and you will respect others more.

All good things — good for you, and for others.

In time, these conscious behaviors will become automatic; your confidence will grow and your status will increase. 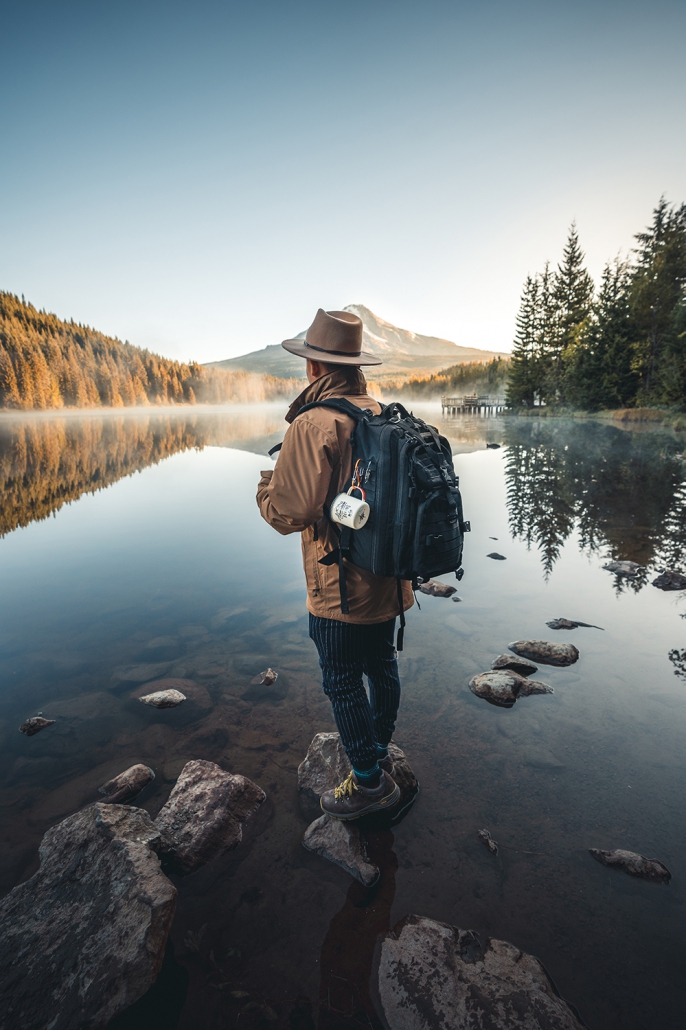 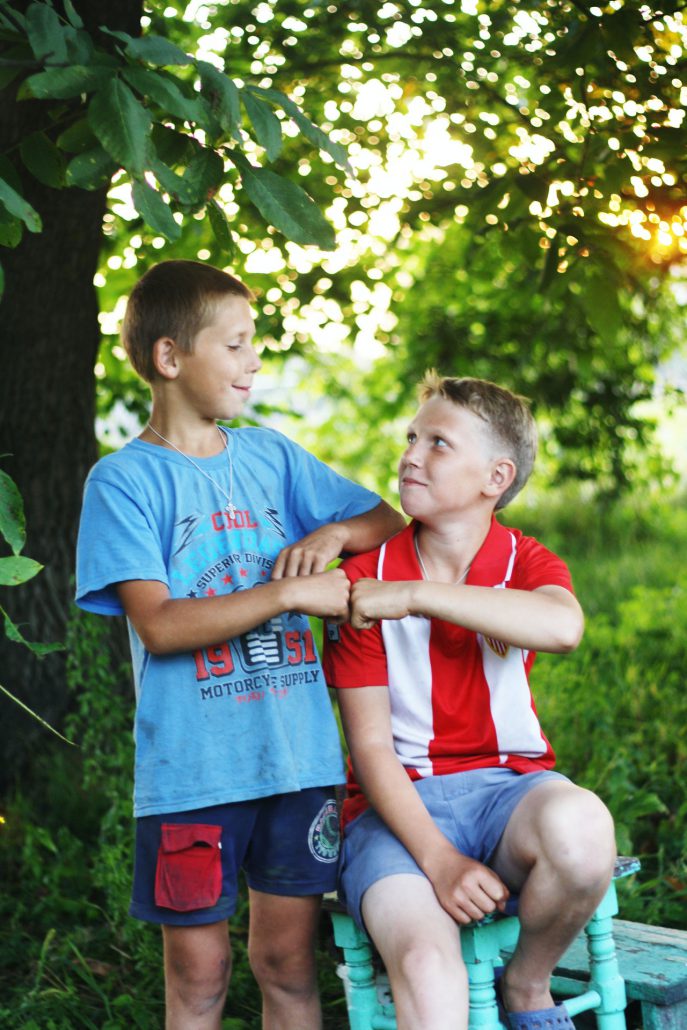 As you consider your status and make little adjustments, you will see opportunities coming your way that was never there before. You will find people wanting to align your status with theirs.

I know through personal experience, I have watched new projects coming to me as I correct my self-defeating status behaviors. I don’t seek high status per se, I just focus on stopping the status reduction behaviors and increasing status raising behavior.

But you can imagine a dark side to status considerations — the pursuit of status for its own sake. If you focus on achieving status instead of eliminating status reducing behaviors — it can make you miserable as your status ebbs and flows.

Take the long view of increasing your status — focus on growth and improvement. Then sit back and enjoy the ride to a higher status.

Here is an Infographic for Future Reference

Want to join the discussion?
Feel free to contribute!